It’s come as a great relief to learn that a recent survey has revealed that 80% of those who use subtitles when watching TV are not deaf or hard of hearing. I am, it would seem, not alone, and it’s reassuring to know that my increasing subtitle-dependency (particularly when watching DVD’s) does not mean that other writing is on the wall – that I’m losing my hearing, or that I’m of the age when it is impossible to follow TV drama without some help. 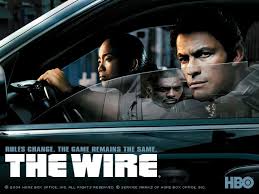 It started with The Wire, but somehow, as a white middle-class man, that seemed acceptable. I was not alone in finding it almost impossible to work out what was being said in the Baltimore drug world with its corner-hoppers and its re-ups and its burners. But even then I was made to feel guilty. One of the creators of the show said “We wrote it so audiences would have to work at it”. That’s all very well, and I’m more than happy to ‘work at’ whatever I choose to watch, but to stick with a five series show understanding only half of it simply because you haven’t a clue what most of the people are saying is making a big claim for the virtues of ‘working at it’.

Other shows pushed me slowly but firmly down the road to subtitle dependency  and Europe was to blame. If the characters in ‘The Wire’ seemed as if they were speaking a foreign language, those in other shows definitely were – ‘The Killing’, ‘Borgen’ and, best of all, ‘Spiral’ (‘Engrenages’ in the original French version, and up there with the very best). The beauty of subtitles here was that it meant nothing was missed and, given that few are expected to be fluent in Danish and French, the experience was entirely guilt-free. No-one was going to walk into the living room and question my viewing decisions.

I’ve since carried my subtitles habit into all my DVD viewing. I wonder how much of ‘True Detective’ I would have got without my little helper, but I  also wonder how much of many other shows (‘Mad Men’, for example) I might have missed.

And yet I’m still made to feel guilty. Many think that using subtitles is some kind of cheating, some kind of bastardisation of a pure art form, some unacceptable blending of what is seen and heard with what is written, and I often feel the need to offer excuses –  failing hearing in my right ear, for example, or advancing age and decreasing powers of concentration.

The truth, though, is that I love subtitles. They both intensify the experience and increase the pleasure. This doesn’t mean, Mr Wire Writer, that I’m not prepared to  ‘work at it’ – it just means that I like to choose the tools I work with. It also means that when I’m watching TV (even British TV )  I don’t have to rewind to listen again to lines whose significance seems to have some inversely proportional relationship to their audibility.

We use cookies to ensure that we give you the best experience on our website. If you continue to use this site we will assume that you are happy with it.OK